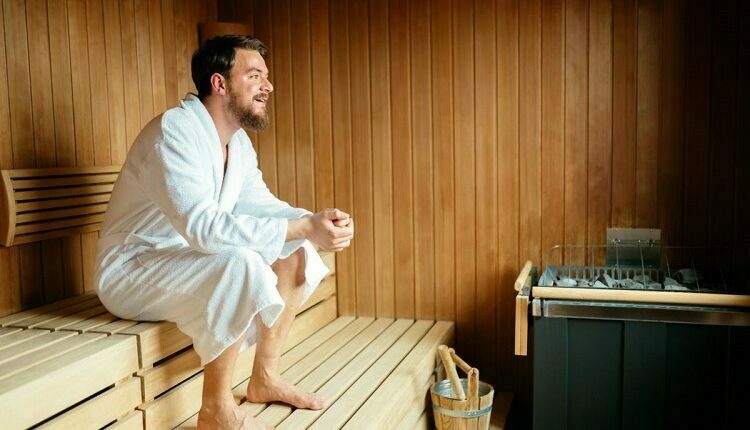 Saunas were originally designed as carved holes or caves in the sides of hills, fire was built inside the cave and the opening was covered to trap the heat. The heat and the smoke produced were ascertained to have therapeutic effects and thus became popular, ever since people have turned to sauna sessions for their health benefits.

In the same way today, steam saunas can have an incredible impact on a person’s overall health and well being. In the past, rocks were heated by fire and then water was poured over them to produce steam, as the popularity of steam saunas grew, more innovations were added like heating rocks with propane, or with electricity. Through the years, with people realizing the great health benefits of steam saunas, the places they could be enjoyed were no longer caves. Steam bath houses were constructed to cater specifically these needs, water is still of course needed, as its gaseous state is the steam that is needed. They are poured over rocks that have been heated by either burning natural gas, or electricity.

What really are the benefits you can get from a steam sauna?

Today, there are numerous designs of steam saunas that are available to be installed in your very own bathroom. Though they have changed through the years with innovations, their effect remains the same, steam saunas give a relaxing and peaceful effect to the body and mind, it relieves the body of the muscle strains and aches acquired at the work for the day, as well as give reprieve from stress. Saunas induce the body to sweat, which releases toxins from the body, promoting a healthier and cleaner system, thus, a session from the sauna gives the feeling of refreshment and rejuvenation. A shower is often in place after this to wash out the dirt that has been released from the pores of the skin.

As you plunge yourself in the steam bath, the heat of the steam surrounding you causes the body temperature to rise as well, this leads to sweating, moreover, increase in ambient temperature also causes the cardiovascular system to work faster. Basically, the heart rate increases and the circulation of blood is also increased, this allows more oxygen to be delivered to the cells of the body, giving more vitality and life to them, on top of this, an increase in circulation and heart rate is like having a cardio workout in the gym. Research studies show that a 20 minute session in the steam bath burns calories equal to a vigorous walk, the increased blood flow in the body also rejuvenates the skin, making it glow and thus look younger. The skin’s natural elasticity will be preserved with regular sessions which basically delays aging. Indeed, using a steam sauna regularly can be nothing short of transformational for you.

Today, steam saunas become ever more popular as more and more people find out about its numerous health benefits. And now that you can have this health investment right in your own home, don’t you think it’s about time you have that great, relaxed and peaceful sessions everyday too?

Article written by Andrew Ellis from www.steamandshower.co.uk experts in everything spa and sauna